« Looking at undo in regards to deleting attributes and nodes | Main | What do I mean by a “handle”…? »

Today, we will talk about the dedicated Maya fluid shader workflow. Usually people who has their own fluid shader wants to mimic the Maya one, so we review in details what one needs to do. 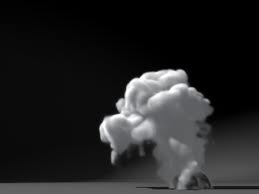 The general flow of the fluid shading computation is:

Find here some pseudo code which describes the overall fluids chain for shading: 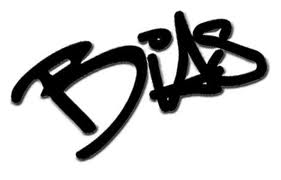 The bias is applied to the value after all the other calculations (not simply added in). It basically shifts where the center (0.5) value will be while leaving 0 and 1 the same. Generally for users it is important that their grid*scale value ends up with values between 0-1, as values outside this range simply get clipped. Then we apply the bias to the clipped 0-1 values to adjust the distribution (avoids needing ramps with all indices near 0 or 1). The setup is as follows:

Here is the math to apply the bias. InputVal is the grid value after scaling and texturing.

The Density values remapping for rendering:

The default settings map a 0-2 density range to 0-1 opacity values on the fluid (the densityScale defaults to 0.5, a value of 1 would map 1-1 density and opacity), which is then scaled by the transparency (which is a 3 channel rgb transparency).

Here is an overview: 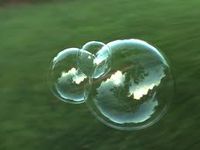 SpaceTime: perlin noise, but with a added dimension that is mapped to the time parameter (this has the time animation with the least bias)

Volume wave: each frequency is a cluster of sine waves along random vectors. Time offsets the input coordinate to the sin function.

Billow: this is a grid where each grid contains a point with a radius. The point position within the grid cell is randomized and the radius randomized. The time animation involves orbiting each point about the center of the voxel.

The formula for texGain is:

If texture coordinate is fixed, the texture input P is just point of each center position of voxel in object space? How does coordinate speed affect P.

Starting with the raw grid velocity the formula to compute the ramp lookup index:

The inputVal then get modified by the bias function.

The edge dropoff affects the transparency used for the final fluid render (as opposed to the opacity input ). The dropoff can optionally be a grid.

In the grid case:

in the linear gradient case(xyz axis):

The cube case is a little more complex than what is described above… basically we  do the dropoff defined above( with the sin function) for each axis then the resulting density mult is the factor for each of the axis values multiplied together.

How the ramps are indexed:

u is the interpolant between the indices, ranging between 0-1. L1 and L2 are the luminosity of the two indices being interpolated.

How Inflection is computed:

Where nval is noise value.