The technology is decades old, but now there’s an ecosystem in place and the technology is becoming mature. At its beginning I was really skeptical about that technology, but I recently read couple of articles changing my minds. I also met colleagues in our annual team meeting the last few days who said that most of 2d printers are now affordable and people starting to use them more frequently. So I wanted to share with you my latest findings... But lets' start from the beginning.

3D Printing Has Started A Revolution

The revolution brewing in electronics is unprecedented -- even for an industry that is used to being upended. The rules that defined a century of innovation, design, and production are about to be rewritten. And modern manufacturing will be swept away.

It's their collision with two other disruptive technologies -- intelligent robotics and open source electronics -- that will bring an end to the era of big and complex global supply chains. Together, they're going to usher in the digitalization of manufacturing, by creating flexible, fast, local supply chains underpinned by software.

The balance between speed and quality is a tricky one, but latest printers bridge the gap. Both quick on their feet and high-performing, the printers beat out many other old technology printers for producing the best of both worlds. Latest printers can print 12x12x12 inches models in about 15 minutes compared to hours before. That gives a lot new opportunity for people to use them in their day to day life. 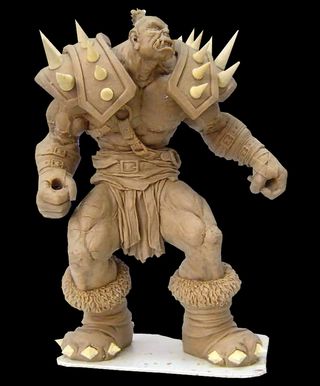 2-3 years ago, when I visited GDC in San Francisco, I was already amazed by what 3d printers could already do. Printing figurines in plastic, steel, fake wood, etc..., in many different sizes and eventually colorized was already a lot. I did print some of my favorite game' figurines to have them on my desk while before I had them either as desktop paperwall or using 3d glasses on my desk.

Last year, I found out that I could eventually print them with some embedded robotic extension. But the price was that huge that I did not order them. But what a cool thing to have them animated and interacting with me while I am coding ;) Or better as my wife desk is next to mine, while I am travelling controlling my 'orc' robotized figurine to jump on her keyboard while she writes email - that would be awesome :) You can control the robotized figurine using your iPhone or using a Kinect - really cool!

Hope prices will go down soon.

There are few other things beyond the figurines that if you combine the latest technologies you could take avantage of. 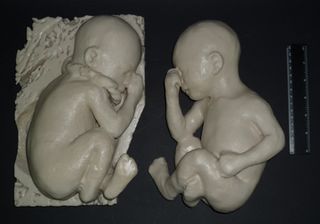 At Autodesk, we did made a ReCap Photo WEB service API lately which is super cool. The service extracts a full textured mesh from couple of photos of an object taken from your cellphone for example. And then you could eventually send it to a 3d printer to save the best moment of your life. Many of my friends said they would have loved having their baby in-uterus figure at that time. Too late for us, but possible nowadays. All you need to do is to ask your gynecologist to take few photos with different camera angles, use ReCap Photos to create the mesh and use one of the 3d printing companies on the WEB.

Chris Vienneau, the Maya platform Product Manager, printed a full suit from this character for the Autodesk CAVE event at Autodesk University (AU) and wear it during his talk. That was epic ;)

But that is past - see the latest cutting-edge technologies stuff.

A Dutch university hospital has successfully given a 22-year-old woman a plastic skull, made with the help of a 3D printer. 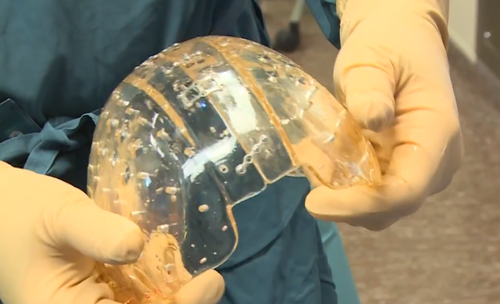 Utrecht University's UMC says the operation is a world first.

The woman needed the operation because her skull was becoming thicker, compressing her brain and damaging its function. Her cranium had become 5cm thick, while a normal skull is up to around 1.5cm.

Her medical team, led by neurologist Ben Verweij, decided to replace her cranium with a plastic one, produced by a specialist Australian firm. The operation took 23 hours but was a complete success, the hospital says.

‘Implants used to be made by hand in the operating theatre using a sort of cement which was far from ideal,’ Verweij said. ‘Using 3D printing we can make one to the exact size. This not only has great cosmetic advantages, but patients’ brain function often recovers better than using the old method.’

The procedure took place three months ago but the woman has now gone back to work and is symptom free, Verweij said.

The hospital says the technique can be used with patients who have other bone problems or to help recovery after people have suffered serious skull injuries.

Other hospitals have placed skull implants successfully in patients but this is the first time a complete cranium has been replaced, the surgeon said.

3D printer in particular has helped medical science achieve new breakthroughs. Printing of organs isn’t too far away and soon enough surgeries will be carried out that will involve transplantation of 3D printed organs into human body. While the focus is on printing of organs, a team of researchers is working on printing skins. 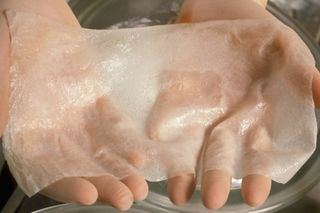 Under the leadership of Dr. Sophie Wuerger at University of Liverpool, U.K., this team is working towards making it possible to print skin which matches the skin of the individual patient. The idea is to come up with a way of 3D printing skin which is natural looking and blends in with the natural skin of the patient. The research is quite challenging since each individual skin has particular characteristics and vary from person to person.

So while finding all this new ideas and tech - I continued my research and found that a French company released a terrible 3d printer device last month. As the medical science is near (or already) using 3d printers to print bio extension for humans, it is natural that someone can already print food! I said terrible because as a French guy, food is a cultural thing. The idea of printing food without spending the time to prepare it just sounds strange to me. 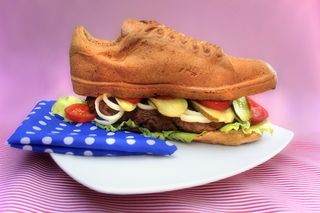 The device itself isn't much expensive when you think about it - $3000 - it can print a 'Beef Bourguignon' is 20 minutes while it would take me around an hour and an oven or a marmite to prepare this myself.

What is really cool is that this French company also developed an Android and iPhone application that helps you to control the device from anywhere, so you could from work order your meal to be printed for the time you come home. They also have a WEB service available for you to get ideas and send the best 'recette' to your device.

Since it is a French company, I did ask them to send me a device for testing as I explained I could check if Autodesk software and AUtodesk 360 WEB services would work with it, and I have to admit that the morning 'croissant' (i.e. a crescent-shaped bread roll) was quite good.

But the very cool thing is that they got another cool application working like Shazam for music. Take a photo of a meal in a restaurant, and the application figures out the meal and match the recette using their WEB service. To get better accurate result you could turn on the 'smell' sensor device hardware on your cell phone. Unfortunately, for this one you need the iPhone 5, or the latest Galaxy phone with the latest Android OS.

For lunch today, I ordered my 3d printer an 'American Bullfrog leg' meal.

Posted at 01:00 AM in Cyrille Fauvel, Events | Permalink